I found Kogundou on Twitter. The text is all in Japanese but there are many lovely images from old books, most of which seem to be children's books.

This is sort of interesting. Did people age faster in the past? A lot of pictures that seem to prove that. It's hard to make this case with celebrities because so many of them have cosmetic surgery done but some don't. It's possibly true though. People have been trying to live healthier lifestyles in the past couple of decades at least. More people smoked in the past than do now and that really ages you. If you really look at the younger non-celebrities - the 15 year old girl, the young couple - they really don't look older than what we would expect today if you look past the old-fashioned clothing and hairstyles.

Email ThisBlogThis!Share to TwitterShare to FacebookShare to Pinterest
Labels: history

I am pretty well stuck on Gala apples but I would love the opportunity to try some of these unusual apples. I can see how some of them might not ever be popular enough to be sold in grocery stores though.

I'm just going to leave this here so I don't lose it or forget about it though right now I don't know how I could possible forget about the lovely art of Daniel Merriam. I especially love the ones of fanciful Victorian houses and I so want to live in the pink one.

Disappointingly, there is nothing in the Shop yet. I want prints; I want a calendar; I want a mug!

Email ThisBlogThis!Share to TwitterShare to FacebookShare to Pinterest
Labels: art

Saw this on Twitter and can't stop watching it. I even had this song stuck in my head for a little while last night and I don't even care.

A Weird Thing is Happening

(I'm going to mention some brand names but this is IN NO WAY an advertisement.)

I have always been a tea person. I first started drinking hot tea when I was about 14 or 15, just common grocery store tea bags at first, then my mom bought a bottle of Lea and Perrin's Worcestershire sauce that had a pack of 5 Twinnings tea bags attached. I can't remember for certain what variety. (It might have been Earl Grey. That was one of my favorites for a number of years. I completely lost my taste for it decades ago though.)

That first taste of Twinnings started me on a lifetime of tea appreciation and snobbery. I tried other varieties of Twinnings and later the Internet opened up a whole world of tea that is not available locally. For the past two decades I have mostly drank loose leaf tea because there are so many more varieties available and I can adjust the amount I use depending on the size mug I'm using.

I just never got started drinking coffee. Sure, I tried a few sips when I was young and hated the taste. But at some point I tried the General Foods International Coffees and found some of them... okay. Just a few years ago I got a little bit hooked on Hill's Brother's White Chocolate Caramel Cappuccino which, based on taste, I figure is about five or ten percent coffee. It's more like a fancy hot chocolate. I also love Land O' Lakes Hot Chocolate so the Hill's Brother's was actually like an alternate hot chocolate for me.

The bad thing about Hill's Brother's though, is that it has twice the calories of General Foods International Coffees. (though a little less than LO'L HC) So this year I decided I would stick with the latter. Just for a little variety, once or twice a week. After all, I'm a tea person. But here's the weird thing, suddenly I find myself actually wanting coffee more than I want tea.

So I've been wondering, "Could I possibly like "real" coffee?" (My other half drinks it.) so last week I bought a container of Coffee Mate Peppermint Mocha creamer to try in genuine brewed coffee and that stuff is heavenly. That's bad because I have been using significantly more than the recommended 35 calorie serving. One tablespoon? Really?! ROTFLMAO!

I have not yet been in a Starbucks. There is not one within 40 miles of me, fortunately for that way lies ruin. Also I'm a little bit scared of Starbucks. Everything I've read about them suggests that I would embarrass myself trying to order and annoy the barista with my utter stupidity.

But here's the thing... I am not happy about this change in myself. I like being a tea person because most Americans are not tea people. I like being different. I also like tea culture better than I like coffee culture. Oh, I do still like tea; I just don't seem to want it as much, if you know what I mean. My current favorite is Lapsang Souchong and I need some more of it. So I'm hoping this is just a passing phase. I am still a tea person. I am. I'm just having a sordid little affair with flavored coffees right now.

We're finally starting to see a little bit of fall color but first, some lovely sky pictures that I took on October 9th (the first one) and 14th. (pics 2 and 3) 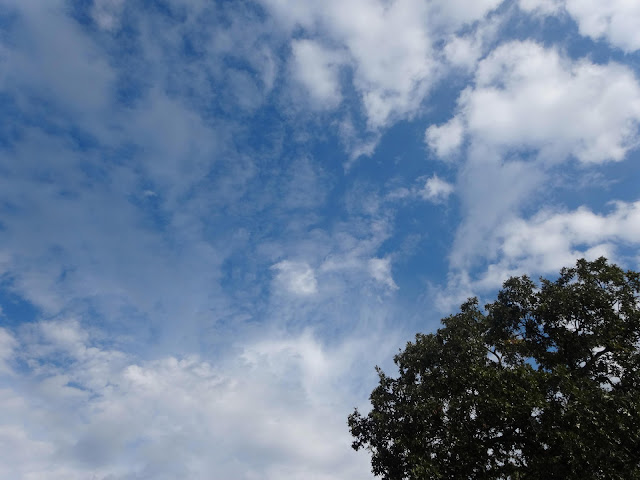 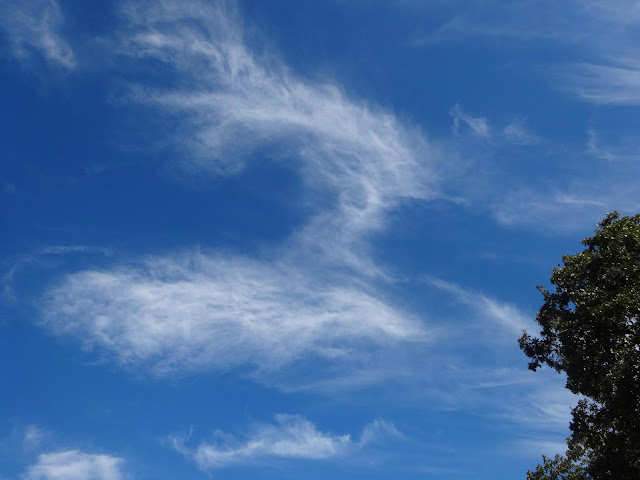 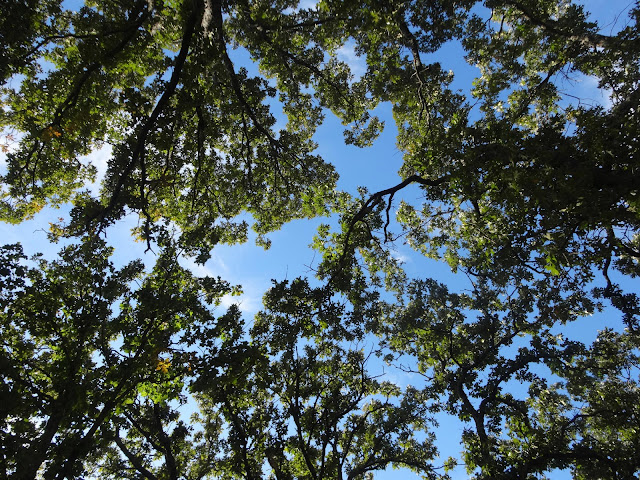 In past years we have had peak fall color by October 10th but, as you can see, all the leaves were still completely green as late as the 14th. This is pretty much the same as last year.

Finally, this week the leaves are beginning to turn. This one was the 21st. Still mostly green but you can see a little bit of gold and brown. 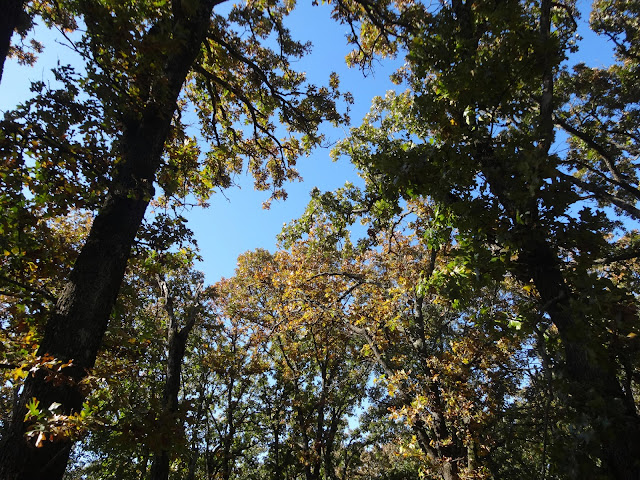 From Planet X - Image on one of my favorite Tumblrs. I like how it looks barely sci-fi at all, almost like just an ordinary wildlife picture, until you really look. And even then it could just be prehistoric art.

"Ugly Boxes" - This is hilarious. I love when managers think they know more than everyone.

Weird Inventions - I have seen the solar t-shirt before and that's not so crazy. The rest though are like "Wut?"

The Phrontistery - Yes! I'm going to be spending a lot of time on this site. 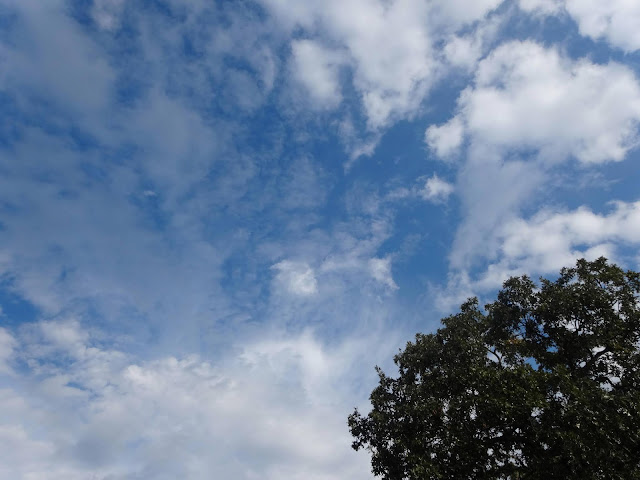